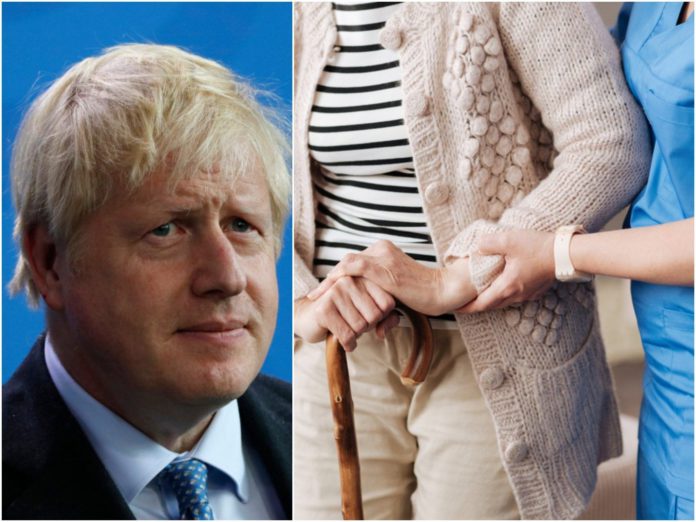 He is due to present his plans to cabinet on Tuesday morning before setting out the details in a statement to the House of Commons.

The prime minister is expected to break his election promises and increase national insurance – a tax paid by workers and employers – by around 1.25% to cover the cost of reform plans.

He will then join Chancellor Rishi Sunak and Health Secretary Sajid Javid for a press conference later today.

The Prime Minister is also expected to announce long-term funding deals to help the NHS respond to the Covid pandemic.

Mr Johnson is expected to say the government “will not avoid the hard decisions necessary” to help the service and fix England’s “broken” welfare system.

However, reports that the Prime Minister will increase national insurance to cover costs sparked a backlash from Tories and Labor.

“It would hit workers hard, including low-income people and young people”

In a letter to Boris Johnson, Sir Keir said Labor supported tax hikes to overhaul the system, but that an increase in national insurance “would hit workers hard, including low wages and young people And would have a disproportionate impact on businesses that had been damaged by the pandemic.

Sir Keir said: “Taxes that pay for social care should be fair to all generations and all forms of income. Those with the broadest shoulders should pay more – not the working families who now face an unfair tax hike. “

He added: “We have said that this additional investment will have to be financed by tax hikes – but increasing national insurance contributions is not the right way to do it.

“It would hit workers hard, including low-income people and young people, and place a huge burden on businesses as they try to get back on their feet. “