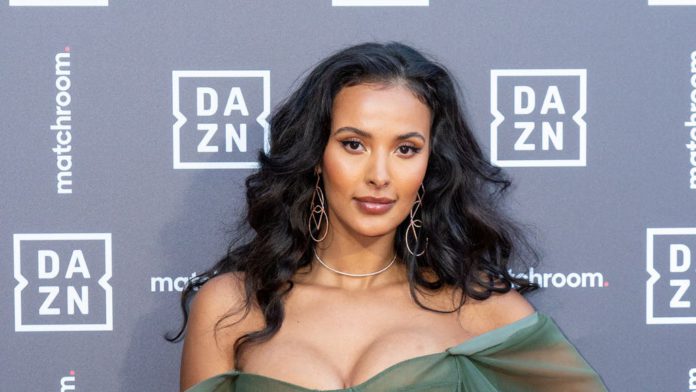 TV star Maya Jama has opened up about how she was “devastated” after her teenage boyfriend was gunned down outside a Bristol pub.

Jama opened up about his past in a chat with SAS: Who Dares Wins star Jason ‘Foxy’ Fox as part of Channel 4’s new show Foxy’s Fearless 48 hours.

The new show sees the former SAS soldier devising a number of high-octane tasks to take celebrities out of their comfort zone.

Fox urged Jama to tap into her inner strength to meet the challenges ahead, which led to a heart-wrenching discussion.

Maya Jama opens up about her ex-boyfriend’s death

At the age of 16, Jama ‘s then boyfriend, Rico Gordon, 21, was killed outside a pub after being caught in the fires of rival gangs.

Two men were later convicted of the shooting and sentenced to life imprisonment.

As part of the show, ‘Foxy’ asks what Jama has been through in life that has given her resilience, to which she responds: “sadness”.

She said: “My dad was in jail and out of jail. At the time, I really didn’t think it bothered me, I didn’t think it was a problem. That was all I knew, so it was normal.

Holding back tears, she adds, “I’m just a mess, but I’d rather not deal with a lot of things and just keep going, rather than dwell on things that you can’t change.

“I think when you have no other option you do.” You know what I mean ?

Foxy replied, “No one is prepared to know what to do in any situation.”

Jama added, “You don’t know how strong you are until being strong is your only option, basically. You wouldn’t know how you’re going to handle something until you’re there. ”

Foxy’s Fearless 48 Hours With Maya Jama aired Sunday night at 9 p.m. on Channel 4. It is available to stream on All4 after.