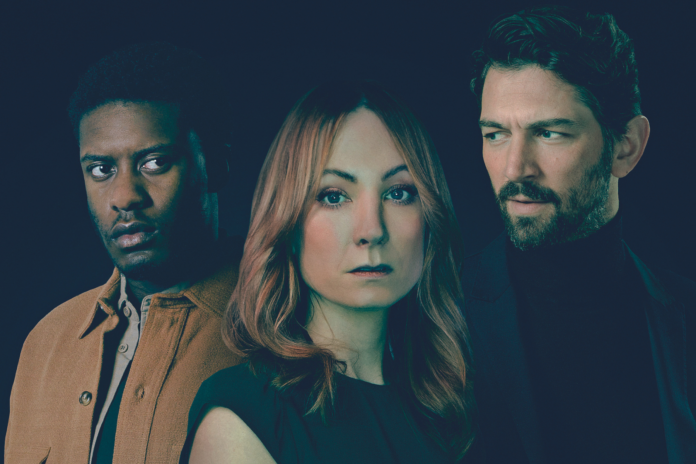 A new series on domestic violence will be on our TV screens Sunday.

‘Angela Black’ explores the issue of domestic violence from the perspective of a woman with a seemingly perfect life, but behind the scenes her life is far from perfect.

With Joanne Froggatt in the lead role, the series will air in six parts, focusing on Angela who lives in the suburbs of London with her two sons and her husband, Olivier played by Game Of Thrones star Michiel Huisman.

I can’t wait for you to see this …
Sunday on @ITV pic.twitter.com/1SOeb0l5dp

According to the National Domestic Abuse Helpline, between April and December of last year, they saw a 34% increase in calls and contacts, compared to the same period in 2019.

“Being in an abusive relationship and literally being stuck inside with that person, I can’t imagine the terror and fear that it brings,” said Joanne Froggatt, 41, who stars in Angela Black at Georgia Humphreys from PA. “Jack and Harry have written a very current story and an important story.

“It would be amazing if someone would sit there and say, ‘It makes me feel less alone.’

What is ITV’s Angela Black talking about?

Angela spends her days volunteering at a dog house and portrays an idyllic life. However, in the first episode, viewers are told that she is in fact a victim of domestic violence.

The abuse began after the birth of their first son, and we learn that Angela threatened to leave Olivier before.

But she loves him and he is the father of her children, so she stays and is forced to find ways to cover her injuries.

“I would qualify his behavior as extremely manipulative,” explains Michiel Huisman, who plays Olivier.

“As an actor you always have to try to find a way to get into your character, and the biggest challenge for me was trying to figure out where all his anger was coming from and how I could possibly relate to myself. to that.”

Angela Black then becomes a thriller with the appearance of Ed (played by Samuel Adewunmi), a private detective who tells her terrifying truths about her husband.

Froggatt tells Georgia Humphreys about her character: “She really takes a huge journey that shatters her world and shatters her sense of self.

“Everything she thinks is in her life is changing, and she has to almost collapse to rebuild herself where she is meant to be.”

The stars of the series express the realities of what they stand for.

“It could happen in the house next door, or maybe in your own house,” Froggatt insists.

When can I watch it?

Who stars in Angela Black?

Fire crews tackle a large fire on the ground in Southwick ...